History to build on 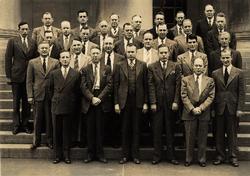 Ryder Scott Company Petroleum Engineers began operations in Bradford, PA, in 1937. Formerly an oil producer in the early to mid 1930s, the later venture was the first engineering firm and research laboratory in the world devoted to solving waterflood problems. Harry M. Ryder and David Scott Jr. formed the partnership after being asked for technical assistance by producers who had noticed the success of Ryder Scott-engineered waterfloods in the Bradford field. 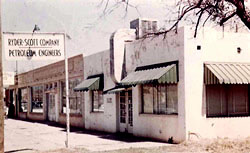 However, the firm still retains the principles of its founders -- that oil and gas projects be evaluated and engineered to the highest professional and ethical standards.