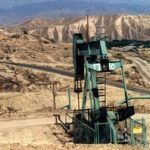 In 2018, Ryder Scott certified 80 percent of the reserves of Ecopetrol in Colombia.  In addition, that year Ryder Scott designed and implemented an integrated corporate reserves and resources management process for the national oil company.  To do this, Ryder Scott reviewed industry standards and best practices.  The firm then analyzed internal policies and technical and economic processes for planning and executing projects to generate contingent resources and reserves.

In 2018, Ryder Scott conducted a countrywide evaluation of the offshore gas reserves and resources of Trinidad and Tobago.  The independent report showed that proved gas reserves increased by more than 700 Bcf in 2017 and indicated for the first time since 2004, the country replaced all the gas it consumed in 2017.  T&T has continued to develop national energy policies and pricing and structures for implementation into various long-term gas contracts based on Ryder Scott reports over the last 20 years.

During 2015 to 2017, Ryder Scott certified México’s southern onshore region and 75 percent of the country’s offshore assets in the Bay of Campeche. Ryder Scott’s coverage extends to approximately 95 percent of Mexico’s oil and gas properties.

In 2016, a Ryder Scott integrated study paved the way for the Oil and Natural Gas Corporation Ltd. to acquire an 80-percent stake and operatorship in the KG-OSN-2001/3 offshore block for $1.2 billion. The firm used geophysical, petrophysical, DST and reservoir simulation data to assess the tight, gas-bearing Cretaceous sands and to estimate gas reserves in the Krishna Godavari Basin in India.

In 2016, Ryder Scott estimated that the Jubilee and Ten project areas offshore Ghana had more than half-a-billion barrels of proved oil reserves. The firm used performance methods, including reservoir simulation, and volumetric techniques in the integrated study. The offset Jubilee field was used as an analogy to the TEN project area to estimate recovery factors. Operator Kosmos Energy LLC, listed on the New York Stock Exchange, relies on Ryder Scott estimates to file annually with U.S. SEC.

In 2015, Ryder Scott performed a countrywide, independent certification of the oil and gas reserves and resources of the Ukraine. The study included evaluations of properties in the Crimea, Black Sea and Azov Sea areas. Ryder Scott performed the multidisciplinary study based on geophysical, geological, engineering and economic data. The independent report included future production profiles and discounted net present values.

In 2013, Ryder Scott certified the companywide reserves of Petroamazonas in Ecuador, confirming new reserves in the Sacha and Pañacocha fields. Pañacocha oilfield in the Amazon is one of the flagship projects of the government. Ecuador let the production-sharing contract on Pañacocha expire and now manages it and finances field development with no outside capital.

By 2011-2012, Ryder Scott’s work with Pemex had grown not only to include fields in the Burgos and Tampico-Misantla-Veracruz Basins, but in Sabinas and Veracruz Basins. The annual projects also included evaluating deepwater fields in the Perdido fold belt, a prolific area in the northwestern Gulf of Mexico. Ryder Scott also continued to evaluate the Chicontepec field, a massive development project that one year later merited extending the SEC five-year limit to develop booked proved undeveloped reserves to 10 years.

In 2010, consolidation of the industry continued with acquisitions and mergers. Ryder Scott independent reports were part of the data inventory underpinning both a $2.7 billion sale of Mariner Energy Inc. and a $1 billion divestiture of the Gulf of Mexico shelf assets of Devon Energy Corp. to Apache Corp.

In 2008, Ryder Scott was the chief technical advisor to Ecopetrol for the launch of its IPO on the New York Stock Exchange. The consulting firm also certified certain petroleum reserves of the Colombia national oil company. Ryder Scott’s additional project work in Venezuela, Trinidad and Tobago, Mexico, Bahrain, China and the FSU intensified during the year.

During 2006-07, Ryder Scott conducted a reserves assessment to validate gas deliverability for a consortium as part of the technical and commercial due diligence for financing a capital-intensive LNG project in West Africa. Another reserves certification project in South America, countrywide in scope, established an equitable basis for the nation’s oil ministry to renegotiate contractual terms with international operating companies.

In 2005, Ryder Scott began evaluating the prolific northern region of Mexico consisting of 350 onshore and offshore oil and gas fields in the Burgos Basin and Tampico-Misantla-Veracruz Basin complex. The national oil company, which issues bonds in the U.S. market, filed its proved reserves estimates and net present values with the SEC relying on the Ryder Scott independent report.

In 2002, Ryder Scott audited reserves for the $6.75 billion acquisition of two major Russian companies by an international integrated oil company. The transaction was the largest direct investment in Russia in the post-Soviet era and the venture was the third largest oil and gas company in Russia, producing 1.2 million BOPD.

In 2002, Ryder Scott conducted a technical evaluation of tenders for a significant interest in the largest offshore oil field in the world, a 500,000-BOPD property in the Middle East. The project for a state-owned company involved the development of a scoring system for rating bids submitted by potential investors. The initial upstream asset sale may become the largest divestiture by any government to date.

In 2001, Ryder Scott prepared detailed development plans and estimates of project economics for 113 fields in the Former Soviet Union for the second largest company in Russia as ranked by total oil reserves. Senior management of the client used the study to optimize economics for field development, to prioritize the allocation of corporate funding and to prepare a corporate five-year plan.

In 2000 and 2001, Ryder Scott conducted countrywide evaluations of the offshore gas reserves and resources of Colombia and Trinidad and Tobago. These countries used our reports to develop national energy policies and pricing and structures for implementation into various long-term gas contracts.

Ryder Scott certified the petroleum reserves for the privatizations of Sinopec and China National Offshore Oil Corp. in 2000 and 2001, respectively. The firm performed detailed, integrated studies on all fields owned by these major Chinese corporations. The independent certifications were submitted to securities regulators in New York and Hong Kong for initial public offerings. Ryder Scott continues to perform annual reserves updates and project evaluations for the multi-billion-dollar companies.

The 1997 evaluation of the Elk Hills Naval Petroleum Reserves for the U.S. Department of Energy was a landmark project. Ryder Scott spent more than 40,000 hours analyzing the billion-barrel producer and generated a three-volume reserves report. After presentation of the report, government interests in the field sold for $3.65 billion, the largest federal divestiture in U.S. history.

Resumes/Emails for Engineers and Geoscientists